The rom hack can be download, from the internet archive, in an IPS format.

This article, will provide screenshots of the rom hack, as well as a short tutorial on how to install it through patching a Super Mario Bros NES rom, and how to play it through an emulator.

NOTE: For legal reasons, I am unable to provide a rom of SMB. You will have to source it on your own.

Here are screenshots of the translations below. I have taken screenshots of all the places in the game, where there is Maltese text. The game isn't very big, so there isn't alot. 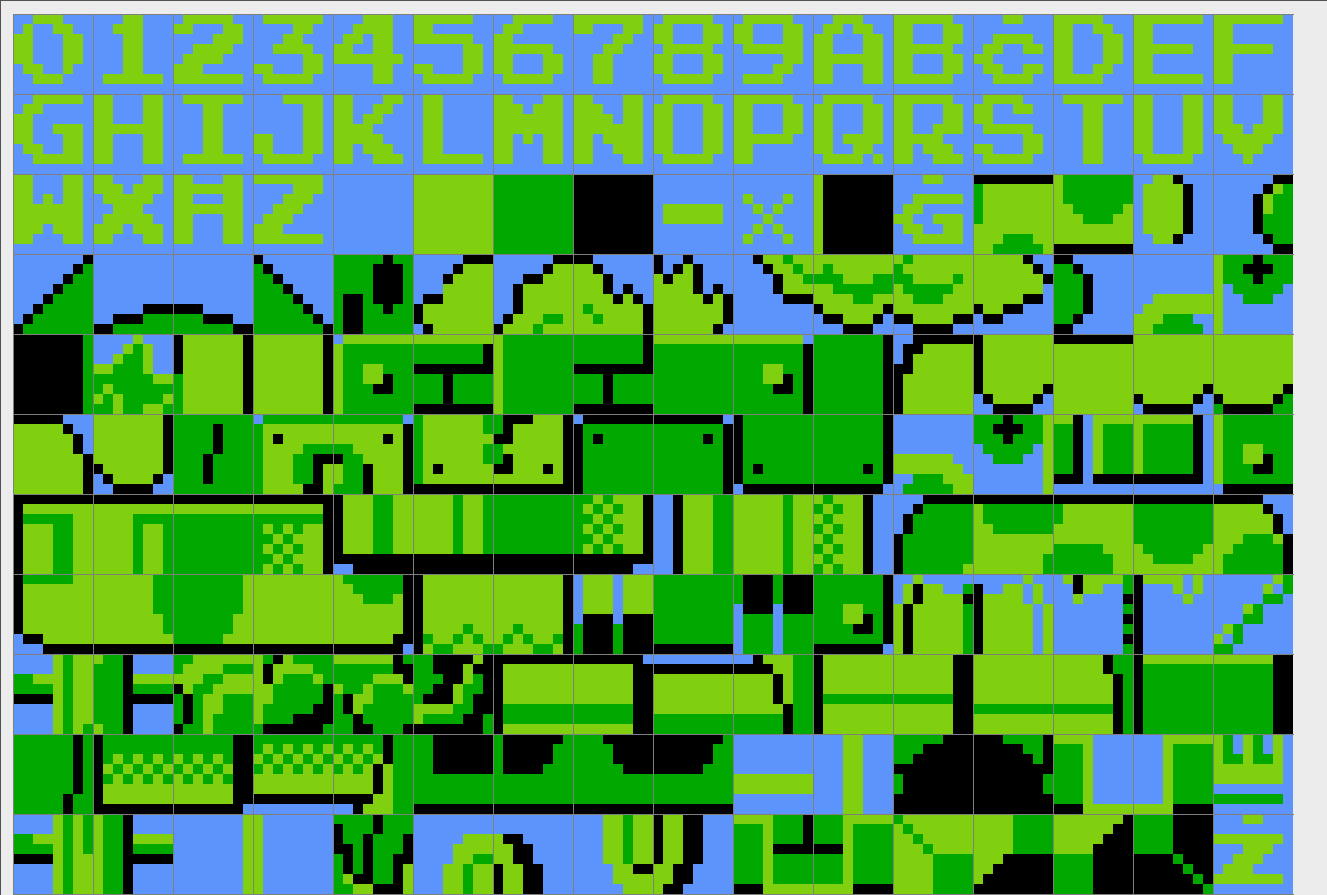 The sprite sheet for the game. As you can see, Zach sacrificed certain sprites, to have enough memory to display the full Maltese alphabet. 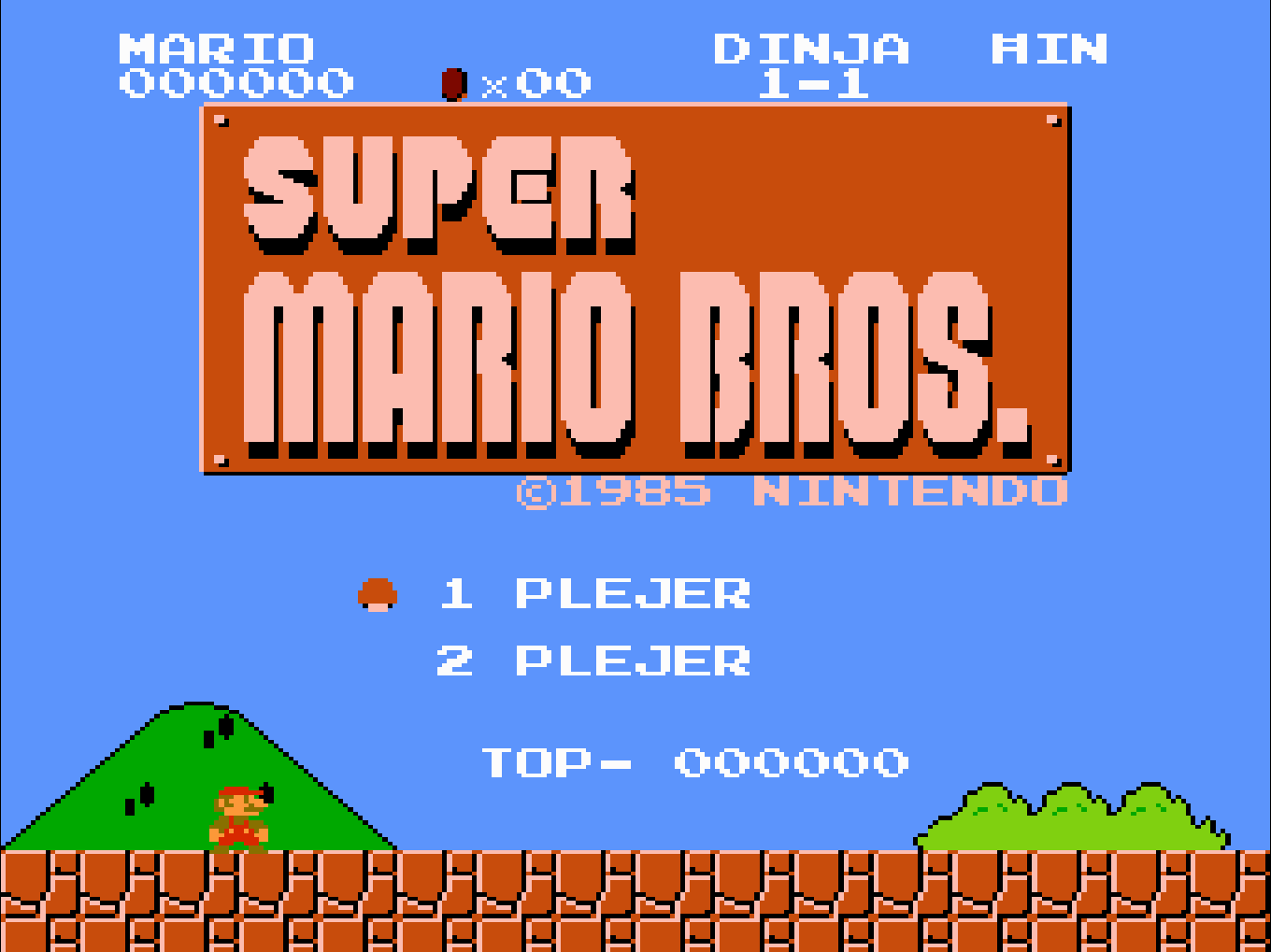 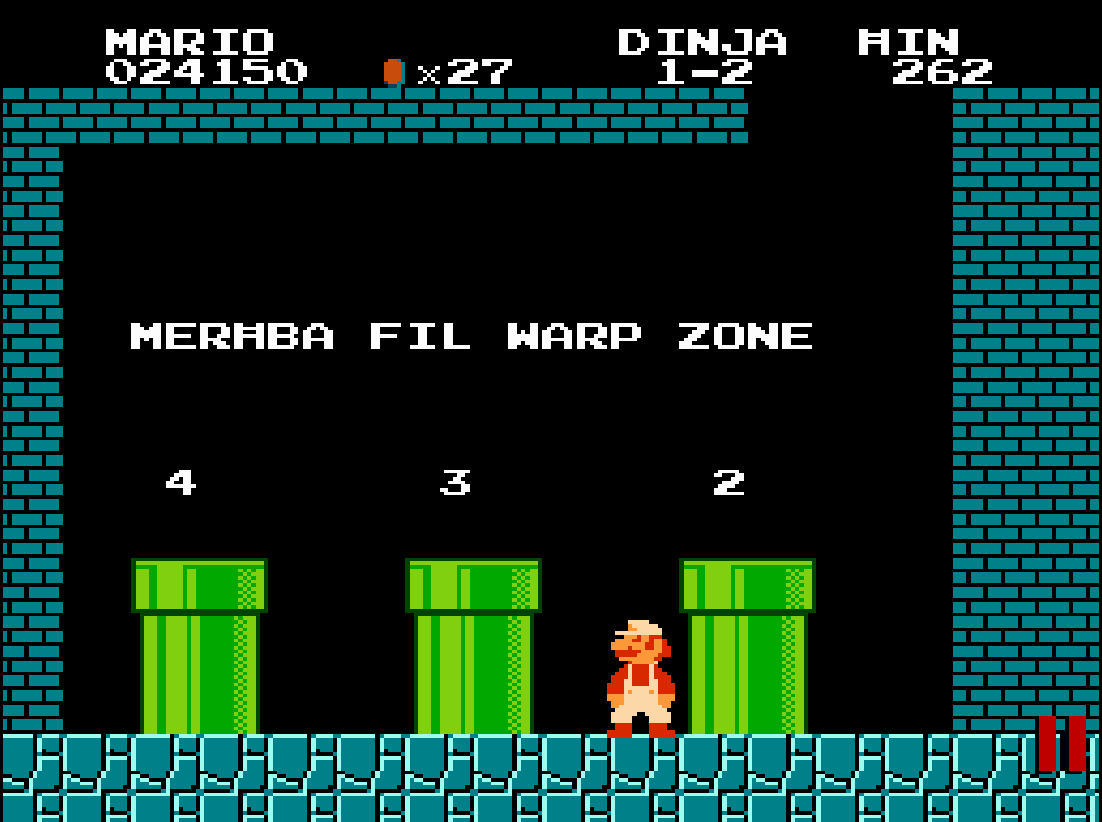 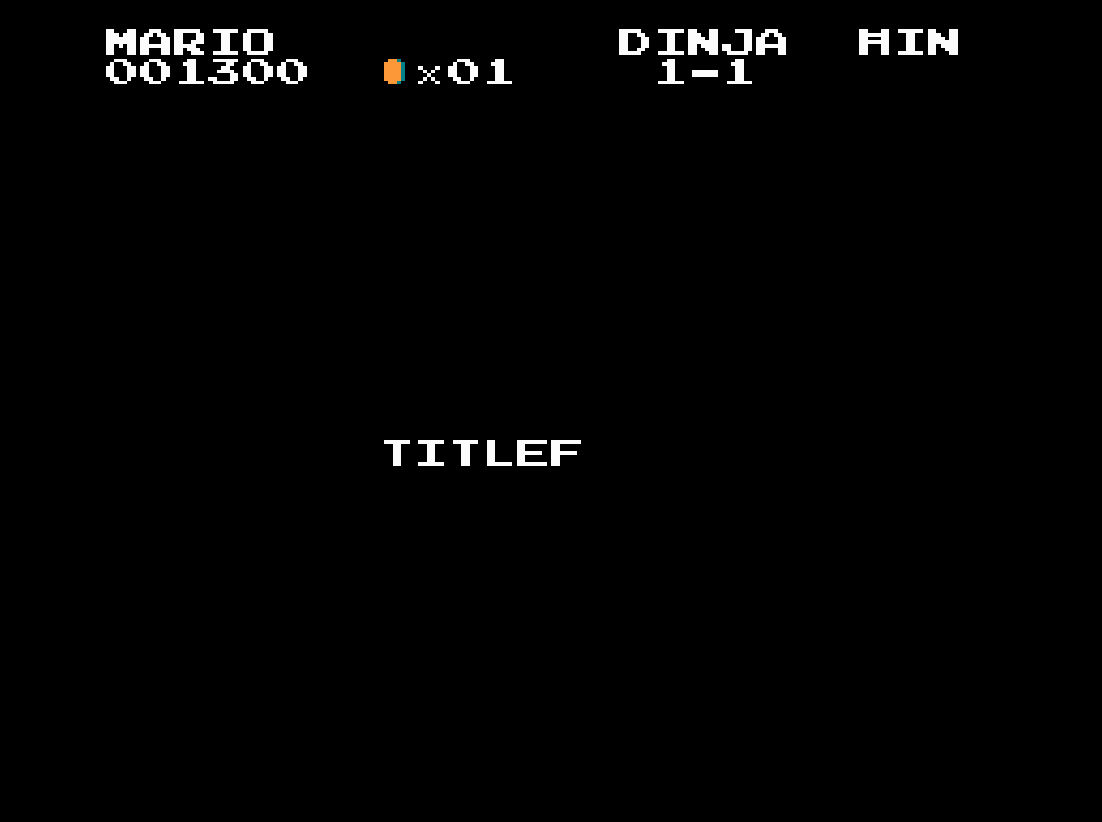 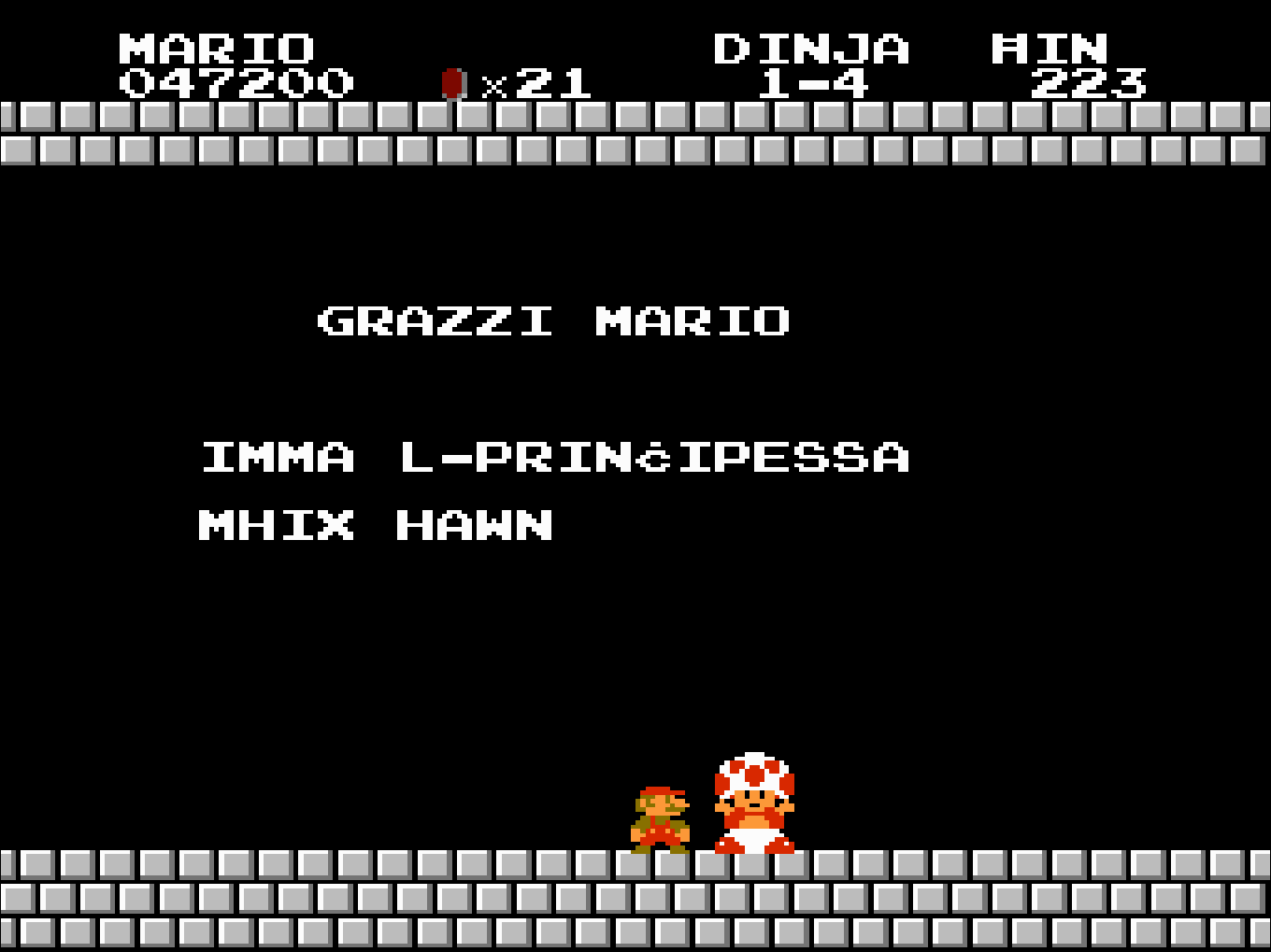 Princess is in another castle. 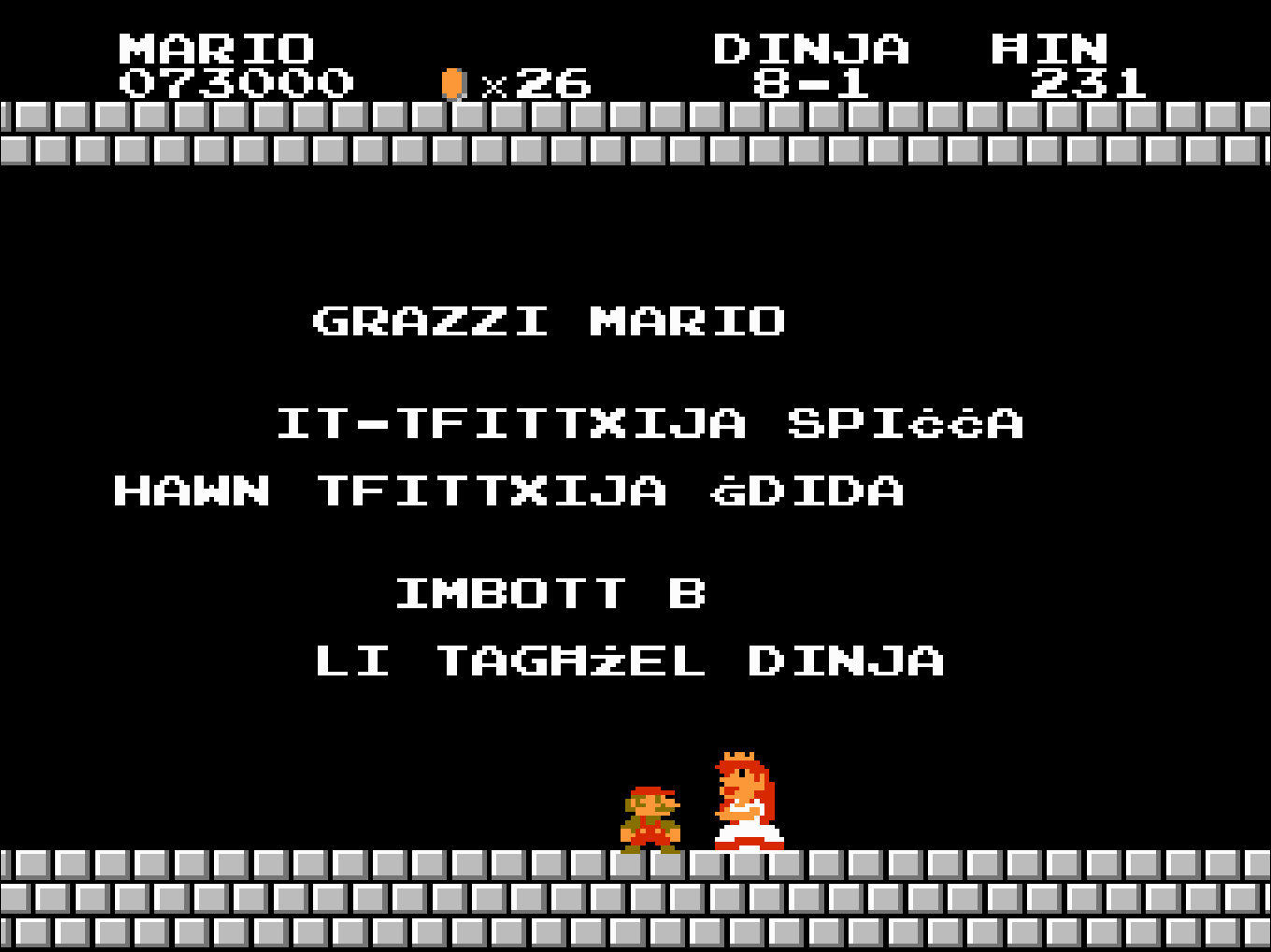 Now that I've shown you the game, I'll show you how to patch the game and play it.

There are many tools for patching roms. For this tutorial, we will be using the online: 'IPS ROM Patcher,' that works through a web browser.

There are many emulators that you can use, across a multitude of devices, to play the game. For this tutorial, we will be using FCEUX. It is avaliable on Windows, Mac OSX, and Linux.